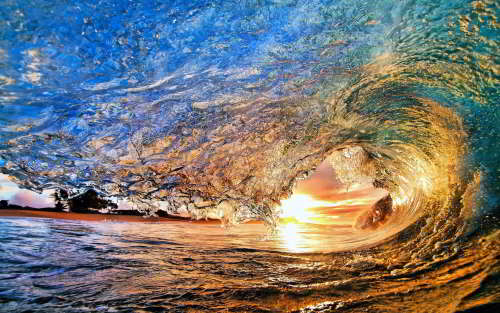 Since the 1830’s, scientists have been studying and experimenting with radio waves. They sent them through water, through the ground and even along railroad tracks in an effort to study the propagation habits of the magical, invisible “Hertzian Waves”.

Hams have been following in the footsteps of great men like Maxwell, Tesla and Marconi ever since. Give a ham an SWR meter, an antenna analyzer, oscilloscope or a spectrum analyzer and we are happier than the proverbial pig in slop.

We add stuff to the wave. We take stuff from the wave. We modify the wave. We tweak, combine and perform all kinds of hocus pocus on the wave. When it comes waves, we’re pretty much surfer dudes. We live to ride the big wave.

The point is hams are natural born scientists. Anything that will get our signal further, faster, cleaner and delivered to the end receiver with the least amount of transmitter power necessary? We are all over it! We’ve discovered a host of ways to modulate, or change, a radio signal to meet those needs. There’s pulse modulation (CW), angle modulation, frequency modulation, phase modulation, amplitude modulation and a myriad of other ways to modify a wave.

Of all these methods, lets concentrate on one in particular -- Amplitude Modulation (AM). AM was the first technique ever used to transmit voice by radio. It’s a modulation technique in which the signal strength, or amplitude, of the carrier wave is varied in order to superimpose your voice or other data onto the carrier wave.

The process itself results in two mirror-image sidebands, each an exact replica of the carrier frequency.

It’s like a Rorschach drawing -- those crazy ink blot “What-do-you-see?” tests. To make one, fold a piece of paper in half and run a line of paint or ink down the fold. Then re-fold it and press. When you open the paper, you will have an exact image replica on either side of the fold. This is amplitude modulation in a nutshell – a replica of the carrier wave, one image above the fold (upper sideband), and one image below the fold (lower sideband). The fold represents the original carrier frequency. Now take a pen and draw two lines parallel to the fold along the outskirts of the ink blots and you have created the envelope of the waveform.

The grass is never greener on the other side of the fence and nothing is perfect. In Amplitude Modulation, the carrier consumes two-thirds of the available transmitter power. Then you get into something called Duty Cycle. Duty Cycle is a measure of the amount of time a transmitter is operating at full-power during a single transmission. With AM, the Duty Cycle is 100%! That may not sound like a big deal to you, but my radio kicks the fans on when it gets warm. With 100% Duty Cycle, those fans would never turn off. That’s a lot of high power, people! Plus, the audio information is unnecessarily duplicated in both sidebands. To put it bluntly, it’s not efficient in any way. It hogs the band and maxes out your radio.

Enter a possible solution – the Double Sideband with Suppressed Carrier wave amplitude method (DSB-SC). In an effort to increase the power efficiency, this method of AM goes one step further and completely suppresses the carrier wave. This leaves the available transmitter power to be split between the two sidebands, and increases the amount of transmitter power available for the audio signal.

Again, nothing is perfect. The audio information is still duplicated in both sidebands. It’s still a band hog and it still monopolizes your radio. Plus because of the methodology involved in DSB-SC, it requires a complex receiver. So more money spent on the radio for not much better results

And now the real solution -- Single Sideband (SSB). Single Sideband is an offshoot of AM in which one duplicate image is stripped away and the carrier wave is reduced significantly. No duplicate audio information! It saves bandwidth! It saves power!

Single Sideband is the predominant phone mode in use in amateur radio today. Although it is primarily used on HF, it will work on any band – even UHF/VHF. It’s versatile, too. In addition to phone, SSB is used for digital modes like WSPR, JT65, PSK31, and RTTY.

SSB provides a higher signal to noise ratio, meaning it runs lean and clean. For much less power, you get a much more readable signal that goes a lot further. Or, if you’ve got a lot of atmospheric noise, that lean and clean SSB signal will cut through where AM or DSB wouldn’t.

If that weren’t enough reason to use it, here’s another one. Use it because everyone else does. In this one particular instance, maybe my mom was wrong. (“Just because your friends do it, doesn’t mean you should!”) Well, mom, AS MUCH AS IT PAINS ME GREATLY TO SAY IT…My ham friends are smarter than me. They are the shoe and I am the warm bubble gum. Wherever they go, I follow.

So it’s decided. Single Sideband is awesome. And now the million dollar question… Which sideband is the correct sideband? The Upper Sideband v Lower Sideband??

Choice, it appears, is an illusion. By convention, LSB is used below 10 MHz, and USB is used 10 MHz and above--except for the 60m (5 MHz) band which uses USB per Part 97. Follow the crowd, it’s really okay.

Other weirdness. Because there is no carrier, doubling doesn’t sound like it does on FM. All signals are readable at the same time and this is why we have “pile ups” on HF. Having said that, the transmitting station still can’t hear you until they release the PTT switch!

It’s great for thing for things other than voice, too. Hams use it for digital modes such as WSPR, JT65, PSK31, RTTY because it uses far less than the ~2.7 KHz of the permissible digital bandwidth. And again, very low transmitter duty cycle.