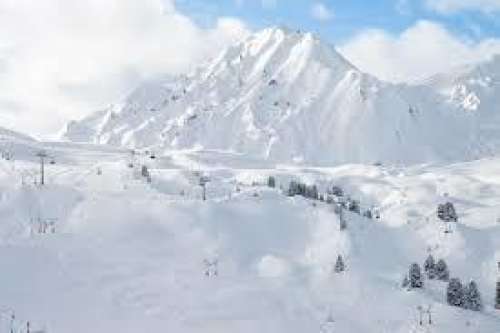 Labor Day Monday we did a special "holiday addition" of the YL NTX Weekly net in which we asked everyone to come share their stories for when they got to use their radio for an actual emergency.

One YL shared her story and it was so interesting, she allowed me to post it here for you. What's really really interesting about all this is that at the time, Ms. YL was not a ham. Just an avid hiker. But many years later, I can guarantee you it was in the back of her mind when she went searching the internet for information on ham radio operator training.

Lessons learned, as it were.

I don’t know if this is a good EmCom story. It was a miserable experience, but this is the story of man who took a radio into the wilderness and was able to be helpful.

Friends in Colorado took me and another hiker by horseback into the mountains one September. The other hiker was around 70 years old and asked at the last minute to come along.

As our friends rode away on horseback, a white, opaque wall of clouds dropped down over us, covering everything except for about 30 feet around us. We couldn’t see the mountains around us, nor very much of the path. Worried about being caught on a mountain top in a storm, we hurried along at a good pace.

That night, we pitched our tents on top of an exposed saddle of rock between two mountain peaks. I lay awake, shivering and worrying about hypothermia.

Next day, we walked through hours of rain, then sleet, then snow, and finally at the end of a long day, pitched our tents in the snow – bitter-cold and miserable I again stayed awake most of the night, shivering. I had read in Medicine for Mountaineering that most body heat is lost through our head and neck areas so I kept my wool cap and scarf on.

Next day, it snowed again. By now we could barely see the trail. We were in a part of the wilderness where neither of us had ever hiked, worried we would lose the trail and get lost. My hiking companion, Cay, told me the next morning that she thought she had frostbite. I looked at her feet and toes but I was not a doctor and didn’t know what the beginning of frostbite looked like.

I decided to hike out. If we stayed in the blizzard and no one found us, and she had frostbite, she could lose her toes or feet, or the snow might mount up and we could die. That was what I thought at the time. But in hindsight, I should have stayed. Our friends knew generally what trail we started out on, where we meant to go, and if we didn’t come back, they would have sent someone in to rescue us. I knew, though, that if they sent help, they would probably charge me $1,000 or more for rescue costs. That would have been a hit financially so I decided that the risks of hiking alone were worth it. But that was not a wise choice.

After walking for miles, I started descending into a huge valley filled with pine trees. There I saw someone on the other side of the valley. I hiked over and told him: I’ve left my hiking companion, who thinks she has frostbite, and need to get out of here to find help, can you tell me which way to go?

“I can do better than that,” he said. His name was Wayne Skipton, from the Colorado Division of Wildlife. “I can radio out for horses and we can get her out,” he told me. He radioed out and a man named Floyd Frederickson drove in with horses in a trailer.

Floyd and I rode back into the wilderness, found the other hiker, put her on my horse and Floyd took her back out. They left me there, alone in the wilderness … and I had to hike out all over again – When I got back, I made an inventory of all the mistakes I had made. I lost my compass the first day. After that, I always carried two compasses. Etc.

Wayne Skipton passed away in 2009. May he rest in peace.