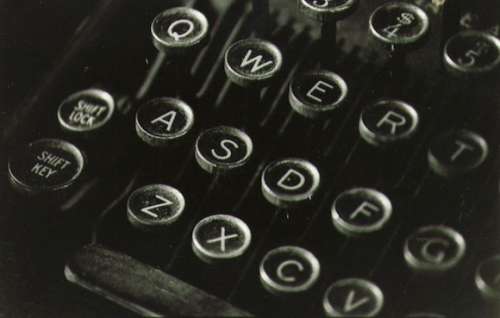 Morse code. It’s pretty much synonymous with CW. CW stands for continuous wave, the pure carrier wave which has constant amplitude and frequency. Information can be added to the wave simply by turning the wave off and on. That’s Morse Code, the language of dits and dahs. The combination of aforementioned dits and dahs form letters, the letters form words and the words form an intelligible language.

CW can take place anywhere, but for the most part, it hangs out in the lower end of the HF bands. But it can also be mixed with single side band. Upper or lower, depending on the band. While it is more common on HF, Modulated CW (MCW) is commonly used as a repeater ID, but it’s also legal to communicate using MCW on simplex, either with a keyer or a computer keyboard.

There are hams out there who LOVE this stuff. They are the few, the proud, the devoted. They are The Code Talkers. They eat, sleep and breathe code. And they are a dedicated bunch, let me tell you.

I confess. I (sometimes) think I (might) want to learn CW. The thing that keeps me from taking the bait is the (sometimes) and the (might). But there are a lot of people out there who profess they want to learn CW. I hear it all the time when I’m talking to people, so I had two of my local experts Dave Lear, NE5DL, and Bill Adams, AF4B, give a technical topic on how one might actually go about learning CW.

Here’s what I got out of it.

It’s like learning to type. You remember learning to *type* in high school, right? Or am I the only one who still remembers when it was called typing and not keyboarding? As it happens, the similarities in learning styles are very close.

Mrs. Branyon always told me, “Go for accuracy first and speed will come later, Dear.” But then, that was before keyboarding. This was TYPING. There was no room for error. Back in the stone ages, correction tape came in loose sheets in a plastic box. And we typed things in triplicate. (Yeah, let your mind chew on that one for a bit!)

When it comes to learning CW, there are a lot of options. You can download an app and go at it alone or you can learn with a group in a Skype classroom setting at CW Academy (check out cwops.net). Choose whatever method is your personal preference.

There appear to be two main learning methodologies: the Koch method and the Farnsworth method. Both aim for speed, but they have different takes on the learning process. What follows is my opinion as a casual observer from the outside looking in on how these two styles vary.

Psychologist Ludwig Koch emphasized listening to CW at the speed you ultimately want to achieve. If you want to hear at 30 words per minute, you listen to code at 30 words a minute. And if you miss a few things along the way? Oh well, you’re getting the gist of it and hearing 30 wpm. The result seems to be that you listen to words at tempo and not necessarily characters, which is a good thing. The flip side of that coin is: you will miss things and it may overwhelm you.

An Industrial Trainer named Farnsworth presented a slightly different idea. He proposed sending the characters themselves at speed, but adding extra spacing between the characters and words to slow the transmission down so your brain has a chance to catch up. As you begin to comprehend faster, decrease the extra spaces between the words and letters. Again, it seems to the casual, uninformed observer that you might be a little less overwhelmed by this method, but you may also focus in on individual letters and words more so than the overall meaning of the message.

Since I have no background in code whatsoever, let me say: You’re results may vary. But if you try one way or the other, do be sure to send us a note over here and let us know your opinions. Inquiring minds want to know, but not, it would appear, badly enough to actually take the plunge.

Typing analogy number two. Do you learn the characters alphabetically?

Nope. It really is a lot like learning to typing. Start by learning the home keys and eventually, reach for the top and bottom rows. The home keys, in this case, are a letter sequence again defined by Koch.

He recommended starting with two letters at full speed. Once you achieve 90% efficiency discerning those two letters from one another, you add another letter. Once you’ve mastered that letter at 90%, add another and another until you’ve learned them all.

Koch’s method centers on forced pair comparisons, as in, it forces your brain to choose between two similar sounds. Kind of like when your eye doctor wants you to tell her if those letters waaaay down on the end of the wall are a “c”, “e”, or “s”. Of course, if you choose incorrectly, you wind up with trifocals. Koch’s method, on the other hand, forces your brain to compare and choose between contrasting sounds and, by default, learn from your mistakes.

SK -- End of my Transmission

Once you have the letters, try learning your name and callsign. Or drill commonly paired characters such as th, st, wh, qu, etc. Then there’s the Q signs. Before you know it, you’ll be hearing conversational CW.

How long will that take to learn the characters? That sounds like math to me! Lesssssssseeee. If you set a goal to learn 5 characters in one 30-minute session, (which is very doable by the way) it would take nine sessions, or 4.5 hours to learn them all. Do it in consecutive days, you’ll knock it out in less than two weeks’ time.

Typing analogy number three. Do you type characters or words?

Again, I defer to the expert, Mrs. Branyon. “You don’t type letters, you type words.”

This is probably the point that Koch was trying to make. If you listen at speed, you won’t hear the characters, you’ll hear the words. Another tip from Mrs. Branyon. “Don’t look at your fingers or your paper when you type.” Dave, NE5DL, said it a little differently when referring to CW. “Never visualize CW, only listen to the sounds and always describe it verbally as dits and dahs, not characters.”

So there’s you’re three step process to the learning CW.

In a nutshell, just dive into the deep end and stay there until you learn it. Full immersion, while it is tough, is always your best bet. Dedication, determination and practice will get you everywhere.

Once you learn it, you absolutely, positively *MUST* use it or you will lose it. Just like typing, practice drills are critical to learning and maintaining proficiency.

Last typing analogy. (I promise.) You don’t have to know how CW if you know how to type, er uuuhm, I mean “keyboard”. If the (sometimes) and the (might) are holding you back, too, take heart. For basic information exchange, such as in contesting, you can use a keyboard and a decoder to make contacts. This means you’re going to need some software to translate your keyboarding into CW. But for conversational CW, it’s necessary to understand all the characters and protocols of the mode. And it sounds like fun, too!